ALRUG celebrated the 10th anniversary of its founding at the Annual General Meeting on Monday 16th October 2017.

55 members attended the meeting at the Globe Hotel in Topsham. President, Tony Day, opened the meeting and provided a resume of the first ten years, drawing attention to key achievements. These include the more intensive Sunday service, and station improvements. Much remains to be done however, and new volunteers to help further the work of the Group are always welcome.

Following the business section of the meeting, GWR’s Dan Okey provided an update, including reasons to be cheerful. 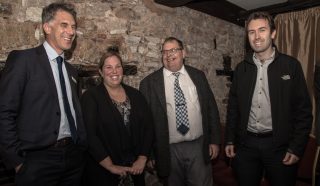 Following the raffle Vice Chairman Noel Harrison provided an update on the Line Plan. Then our guest speaker, Chris Austin, gave an entertaining and thought-provoking presentation on what had changed in the last ten years, and where we might go next. 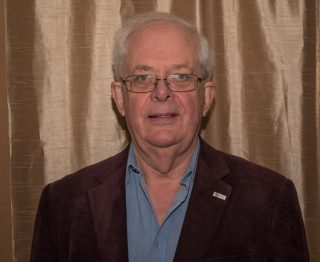 Thanks to all those who attended to support the group. Here’s to the next ten years!

This entry was posted in Latest News. Bookmark the permalink.