As part of the Avocet Line 150th celebrations a number of exhibitions were held locally.  These included events at Topsham Museum, Exmouth Museum and A la Ronde. 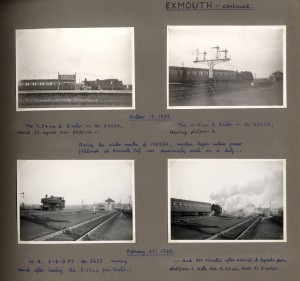 Many of the SD & BS photos are from a period of great change – steam to diesel, Southern Region to Western, rationalisation and station rebuilding and more.

We have included a few photos  to show what was lost when the line to Budleigh Salterton and beyond was closed.

If you have your own old photos we can add, please send them to us at alrug150@gmail.com.