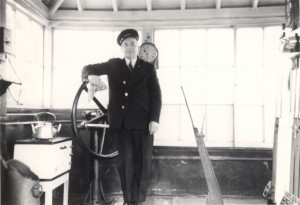 Topsham is today the passing point on the single track from Exmouth Junction (on the outskirts of Exeter) to Exmouth. The main station building survives, now as offices, as does a small signalbox, pictured here in 1971. The goods yard has been redeveloped as housing, appropriately called Tappers Close.

From the 1920s to the 1970s the line north of Topsham was double track and had an intensive ‘railmotor’ service in the 1920s, but cost saving and the construction of a new bridge over the M5 resulted in singling in 1973.

Topsham had an interesting branch line down to the quay, now followed by Holman Way.